Chardham Package is best Char Dham Yatra Tour operator in Haridwar. Chardham Yatra ( Four Abodes... in Uttarakhand ) are four holy destination which are known as Yamunotri, Gangotri, Kedarnath and Badrinath respectively and doing Yatra collectively known as Char Dham Yatra or Chardham Tour. In Uttarakhnad, it is known as The Chota Char Dham tour yatra. These sacred tours are very important tour in Hindus. Every year thousands of devotees, tourists and people visit to The Char Dham by bus, car and helicopter yatra of char dham. Chardham Package is very important role to provide Char Dham Package with best price and with good facilities of Hotel etc
Char dham yatra start date 2021 - The journey of the Chota Char Dham takes place every year so as is also started in the year 2021 now. Char dham yatra Kapat was opened in the date of May month 2021.. The journey has now begun again from the month of may. Every year the dates are closed for halt the Kapats of the temples and opening again, and the kapats are opened and closed with spellings and special puja worship according to Hindu Traditions.
CHAR DHAM YATRA DESTINATIONS
If you want to go on a chota char dham yatra in 2021 then the first question in your mind is going to be that the last four Dham Yatra will start from 2021. And which of the hubs are it? So far, the temple committee has completely opened the trip for Chota Char dham yatra package. The main stop of the Char Dham Yatra are - Badrinath, Kedarnath, Gangotri, and Yamunotri. Read more 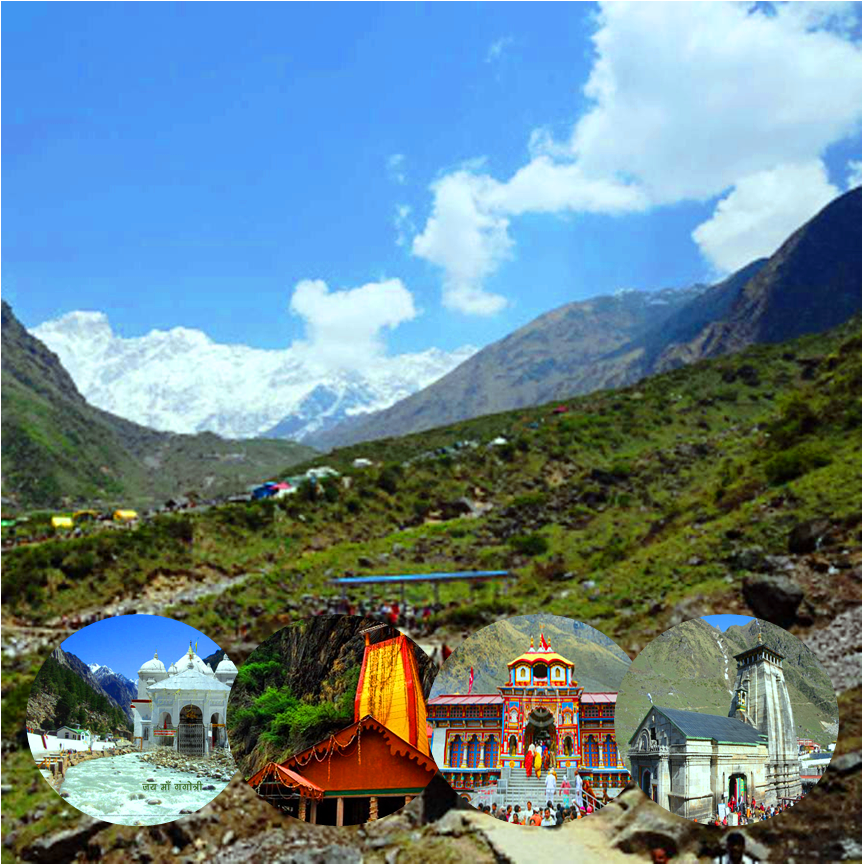 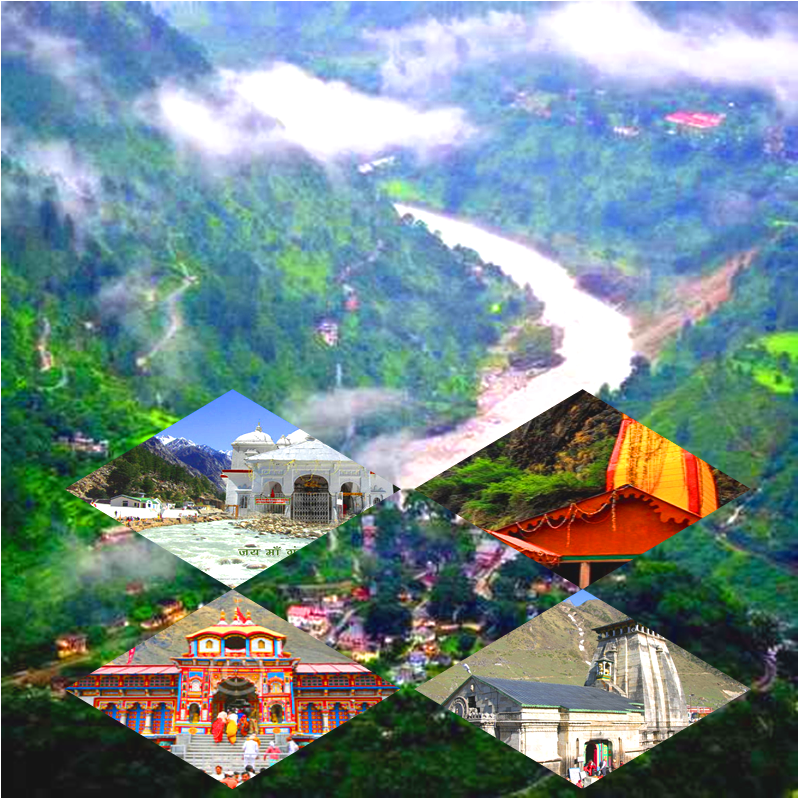 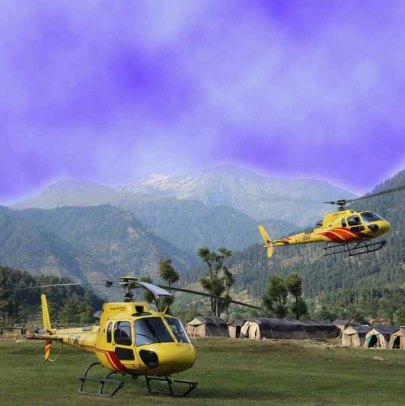 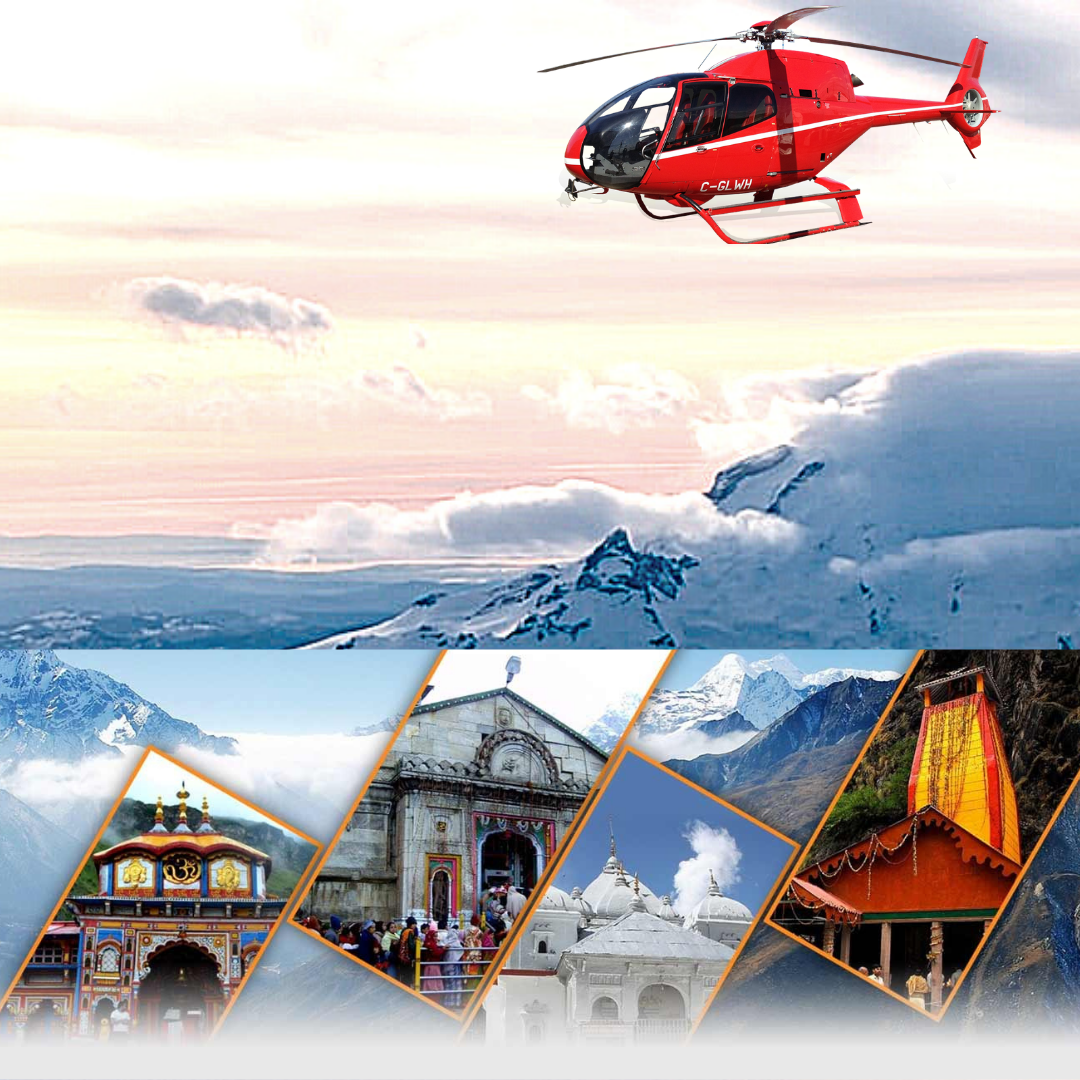 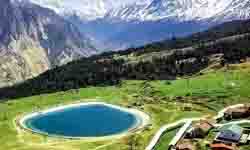 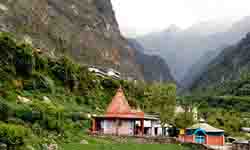 
Barkot is the best Chardham Destination. 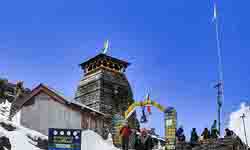 
Chopta is the best option for uttarakhand beauty. 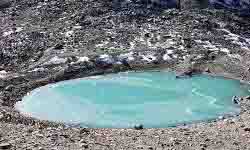 
Gaurikund is the Chardham Destination.

It is the most significant Hindu religious destination in the Himalayas of Uttarakhand, which is located in the Garhwal region of the state. Before, Uttarakhand was used to be the part of Uttar Pradesh. The path of Chardham Yatra passes through four Hindu pilgrimage destinations to do: Yamunotri Tour, Gangotri Tour, Kedarnath Tour and Badrinath Tour. Badrinath is also one of the most important parts of Bada Chardham Tour also. Along with Badrinath, three other parts of Bada Chardham in the Indian subcontinent are Dwarka, Jagannath Puri and Rameswaram. It is believed that the custom of pilgrimage to Char Dham, a seeker of Hindu truth and began the eighth-century reformer Shankaracharya. Only later, the last of the four Chardham sites, Badrinath, a sacred site, has become the main Himalayan pilgrimage road that became known as "Char Dham".

This is a Complete portal for Chardham Package. We providing best chardham yatra tour packages for 2021 with chardham hotels with car rental services. And Chardham Package Offers complete services of helicopter service, trekking tours and also customize Chardham tour packages for every destination of chota chardham in Uttarakhand. We arrange helicopters bus, train, taxi, car and much more services for our customers.

Get complete services of Chardham Yatra Package 2021 and we arrange helicopters, hotel, camps and bus, train, taxi or car etc.

Chardham Taxi division of Chardham package offers taxi/bus/car rental service for chardham that is sure to serve all your requirements. 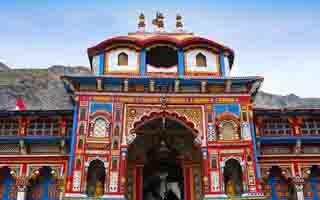 Badrinath Yatra Package
Badrinath the place of the God Vishnu in his aspect of Badrinarayan, is the main of the four Dhams in India's Char Dham pilgrimage. Positioned in the hills of Himalaya, at an altitude of 10,248 feet above sea level is extremely famous among the hindus.
book now
Read More 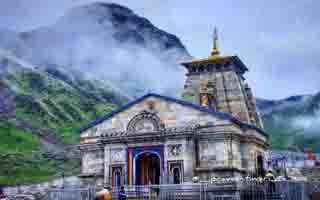 Kedarnath Yatra Package
Kedarnath is one of the very popular pilgrimages for the religious Hindu and is positioned in the Uttaranchal state of India. Kedarnath, where a shape of the Lord Shiva is respected as one of the twelve jyotirling, is one of the four sites in India's pilgrimage Char Dham.
book now
Read More 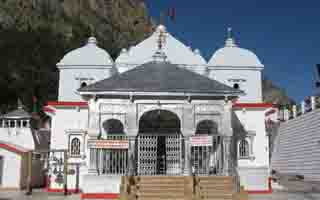 Gangotri Yatra Package
Gangotri, the pleasing pilgrimage in the lap of the Himalayas is the most blessed destination where Ganga, the river of life, feels the ground for the first time. Located at 99 km from Uttrarkashi, at an altitude of 3140 meters, this shrine is dedicated to the Goddess.
book now
Read More 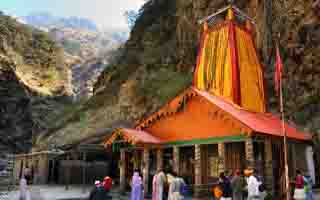 Yamunotri Yatra Package
Yamunotri, the starting place of the Yamuna River and the place of the goddess Yamuna, is also considered to be one of the four sites in India's Char Dham pilgrimage. The holy place of Yamunotri is on the left bank and was built by Maharaj Pratap Shah of Tehri Garhwal.
book now
Read More 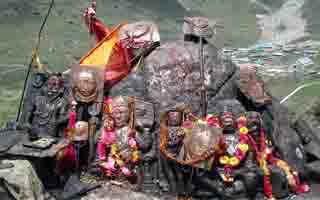 Panch Kedar Yatra Package
One of the most difficult Pilgrimage Yatra in India refers to the five temples of lord Shiva in the high Himalayas - Kedarnath, Madhyamaheshwar, Tungnath, Rudranath and kalpeshwar. The five places that fall in India are referred to as Panch kedar. All of them are situated in the Kedar Valley.
book now
Read More 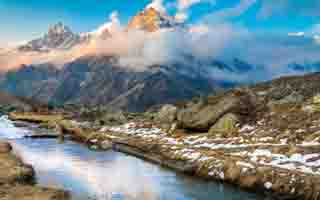 Panch Prayag Tour Package
Alaknanda is joined by rivers flowing in from the Niti Valley, Nanda Devi, Pindari Glacier and Kedarnath and lastly the Bhagirathi coming from Gangotri. The points where these sacred rivers meet the Alaknanda form the Panch Prayag, the 5 holiest meeting of the Garhwal Himalaya.
book now
Read More 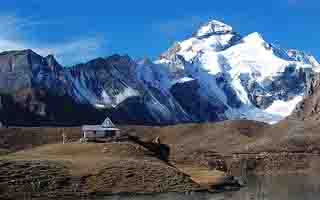 Adi kailash Yatra Package
Adi Kailash Range, approaching up the Darma, using the Shin La as the link and returning via the Kuthi Yankti Valley to join the Tibetan pilgrim route down the Kali Ganga is known as the Adi Kailash Yatra. The circuit is rarely completed because the Shin La is a high pass.
book now
Read More 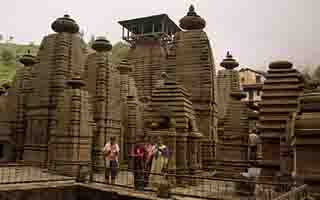 Jageshwar Yatra Package
Jageshwar is believed to be the abode of the 12 Jyotirlings. It is one of the most important religious places of Hindus. It is placed in an attractive narrow valley with wonderful Deodar trees. Jageshwar is sited at the height of around 1900mt. above from sea level.
book now
Read More 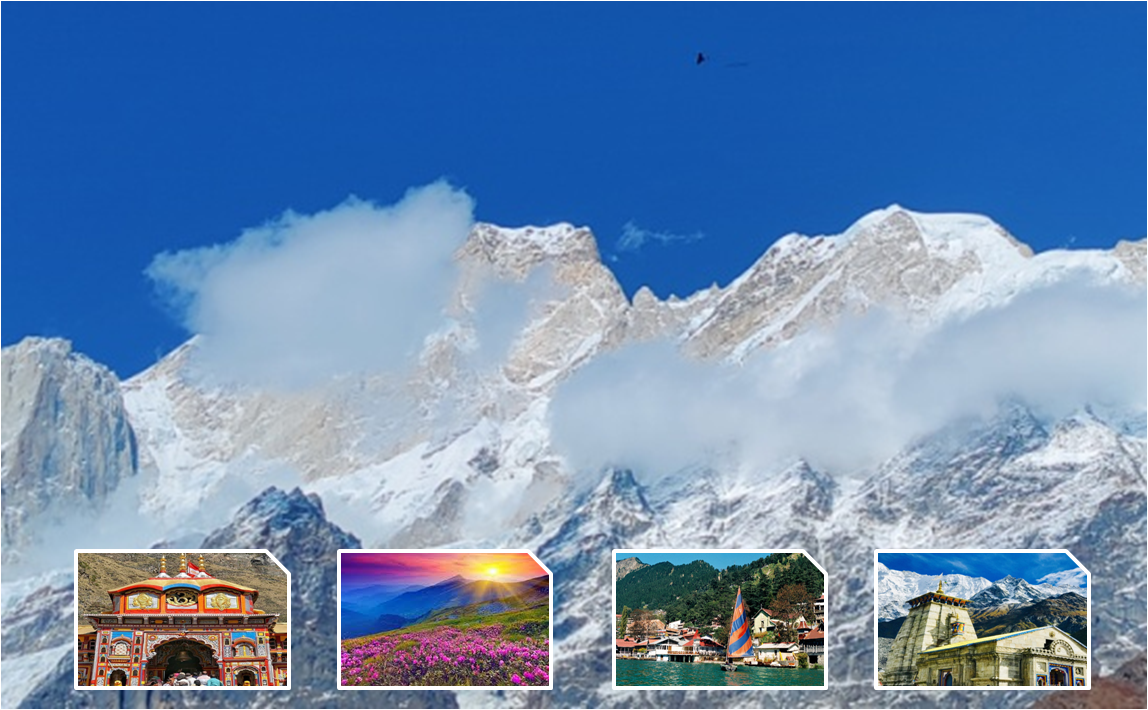 A complete indian pilgrimage tour packages and tourism guide on cultural sites in india. Get you favourite Pilgrimage Tours in India Religious Packages. 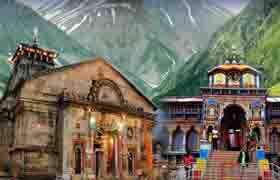 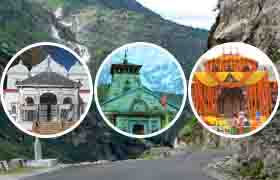 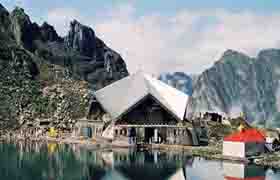 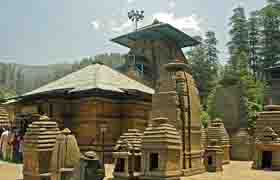 Char dham yatra start date 2021 - The journey of the Chota Char Dham takes place every year so as is also started in the year 2021 now. Char dham yatra Kapat was opened in the date of May 10 2021.. The journey has now begun again from the month of may. Every year the dates are closed for halt the Kapats of the temples and opening again, and the kapats are opened and closed with spellings and special puja worship according to Hindu Traditions.

If you want to go on a chota char dham yatra in 2021 then the first question in your mind is going to be that the last four Dham Yatra will start from 2021. And which of the hubs are it? So far, the temple committee has completely opened the trip for Chota Char dham yatra package. The main stop of the Char Dham Yatra are - Badrinath, Kedarnath, Gangotri, and Yamunotri.

In addition to Kedarnath and Badrinath, you can visit many temples during your Char Dham Package Yatra Tour, which include Tungnath Temple, Kalpeshwar Temple, Madhyamaheswar Temple, Mata Murti Temple, Rudranath Remple, Triyuginarayan Temple, Yogdhyan Badri Temple, Vridha Badri Temple, etc. Of this, 5 Prayags are also seen in the Chardham Yatra, which include Rudraprayag, Devprayag Kedar Marg and Karnaprayag, Nandprayag and Vishnuprayag Badrinath Marg. 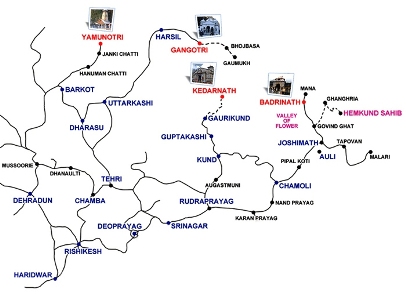 What People Say About Us

The whole trip was good it was totally 8 nights and 9 day trip. Team (taxi, package, hotel) is so helpful and friendly They also helped us to book helicopter ride to Kedarnath without any extra cost which is very good help from them, they are honest people, we had good trip and good memories.

The overall trip arrangement was excellent. We took a package which included Gangotri, Kedarnath, badrinath. The driver and trip advisor were excellent and supportive. The arrangement and locations of hotels were very good especially the hotel at Uttarkashi. They have very well maintained vehicle.

We visited Gangotri and Kedarnath with India Easy Trip and completed yesterday. It was a nice experience and they have made arrangements beautifully. Also Ashish and Driver ( Pawan) has guided well and for them we can be able to see Kedarnath Dham properly.

What is sequence to visit Char Dham ? +

Char Dham Yatra in Uttarakhand is very popular and we have seen many people visit to Chardham Yatra each year in huge scale. But question arises that which Dham, we have to visit first and chardham sequence, is Yamunotri Dham, Gangotri Dham , Kedarnath Dham and Badrinath Dham. Devotees and visitors enjoy with natural surrounding during Chardham Tour. It is purely Hindu pilgrimage Yatra and these shrines are very important holy places for Hindu religion. Chardham Package deal with best Chardham tour packages

What is best time to start Char Dham Yatra ? +

It is often seen that people go from April to September months to visit Chardham, Chardham Package recommends to do Chardham Yatra and the best time to visit Chardham Yatra is April, May, June and September only months best to visit Char Dham. During the months of July and August not good time to do Char Dham Yatra. If you do Char Dham Yatra during rainy season, you may have to face a lot of trouble due to rain, in which a sudden rapid rain increases the speed of falling water from the mountains and also the roads. It is possible to face trees like falling trees etc.

Chardham Yatra is very popular and every year percentage of visitors increasing so devotees and people faces many problems like not getting hotel on time and other such problem can be done. It is better to do Chardham Tour with the help of any Char Dahm operator, Tour operator is best option to book your hotel and car etc and Chardham Package is one of the best Chardham Yatra operators in Haridwar.

What are very important for Chardham ? +

What is Chota Chardham Yatra ? +

Chardham Package provides Chota Chardham tour packages. Chota Char Dham Yatra is very popular holy Yatra in Uttarakhand. First devotees visit to Yamunotri is dedicated Goddess Yamuna which is known as source of Yamuna River. After visiting Yamunotri then go to Gangotri temple is located in Gangotri and it is an origin of The Holy River Ganges. Both Yamunotri and Gangotri Dham are in Uttarkashi district of Uttarakhand. Further Devotees go to Kedarnath Temple is located in Rudraprayag district of Uttarakhand and here lord Shiva worshiped. Next to Badrinath Temple in Chamoli district of Uttarakhand and Badrinath is a holy place as well as nagar panchayat. Badri Narayan and Badri Vishal are the name of Badrinath and this temple dedicates to lord Vishnu.

Chardham Package deal with best price of Char Dham tour packages. The cost of Char Dham complete Yatra will be Rs. 21,999 -/ PP* for 9 nights and 10 days in which breakfast, lunch, dinner, hotel and Bus or Car included and It is group departure char dham yatra. Chardham Yatra starts from Haridwar. Then devotees can also enjoy the Himalayan beauty which is surrounding during Char Dham Yatra ( Yamunotri, Gangotri, Kedarnath and Badrinath Yatra). For booking and more info clik here

Our Partners and Affiliations

+91-9759222888
By submitting this form, Our chardhampackage.com team contact you for this enquiry.